In Italy, a Syrian Priest Visiting his Former Parishioners

The week before Christmas, Fr Jacques Murad -co-founder of the religious community of Mar Moussa in Syria- traveled for six days around Italy to visit Syrian refugee families from his former parish.

They have organized everything, from the baptismal dress to the menu of the dinner. Buchra watches the group of volunteers taking control of her house before leaving for the church. This evening, her and her husband Bassam’s third daughter will be baptized in the small church of the Sardinian village of Badesi.

Father Jacques Murad came for this special occasion. Syrian, currently exiled in Iraqi Kurdistan and in Italy for only a few weeks, he was the parish priest of Bassam and Buchra in the village of Qaryatayn in Syria, before they fled. He is going to concelebrate the ceremony. And even if at the last moment, it has been decided that the mass will be in Italian and according the Latin rite, the presence of the oriental priest matters. For the refugees, he represents a fragment of the mother land, a beloved in whom they will be able to confide.

This Syrian family arrived in Italy in April 2017. A handful of locals volunteered to welcome the couple and their two daughters. Since then, Francesca, Nathalia and the others have been accompanying them in each administrative step and tonight they make a point of cooking a typical Sardinian meal. Anna Paula, who just became the Godmother shares her feeling: “It is a demanding responsibility, five persons, this is not too many to help them as much as needed, but isn’t it our mission, to all of us? We are willing to show them what the Sardinian hospitality is.”

Badesi is the first stop on the journey that Father Murad is making through four cities, to visit his former parishioners. For seven days, by plane, by train or driving, he goes and meets them. At each stop, the Italian solidarity is palpable. This is thanks to a collaboration with the association Sant’Egidio that, in less than two years, the priest has allowed more than a hundred persons, Christians and Muslims, to be welcomed. Those actions are part of the humanitarian corridors program, initiated in 2016 with an agreement between Sant’Egidio, the Italian government and the Federation of Evangelical Churches.

260 km south, in Iglesias, Fr. Murad takes the opportunity to give a conference to the students of the scientific high school. At the beginning, the youth are paying attention politely, but they slowly forget the lunch break and, soon, questions keep on coming. In 2015, Father Murad had been kidnapped by Daesh and managed to escape with the help of a young muslim. This is fascinating for the youth, way more than the discussion around economic justice between regions of the world. A student asks: “Do you think that God was in the heart of those who kidnaped you?”. Father Jacques thanks him for the question and explains: “God never abandons anybody, He is right here. Our duty is to understand and get deeper into the strength of love which is in us.”

In Trieste, with the rector of the University, the objective is to develop a scholarship program that will allow young Syrians to participate in reconstructing their country. Yet that is not the only reason for the program. Father Murad adds: “A student visa would allow these youths to flee from the military service, without having to agree to return to their home country in the near future, as the asylum status would force them to.”

At Jumana and Jihad’s, the mass is celebrated in a small group. Trieste’s Imam, a Syrian, who has been living in Italy for 26 years, came to attend the prayer before taking the priest to the mosque. Both men are convinced of the importance of the Muslim-Christian friendship. They know to appreciate this time offered and shared.

Everywhere, Fr. Jacques Murad meets and listens. He is deeply touched by the examples of solidarity that he witnesses in each city. Exile is a heartbreak, a solitude hospitality tries to answer.

On his way back, the priest shares his thoughts: “to remain close to my Syrian parishioners and friends, in the name of the Community of Mar Moussa, is very important for us. We are willing to show them that they are not abandoned by their original church. We want to keep allowing them to practice the syriac-catholic rites to which they are deeply attached.”  In this testimony, stands the question about the positioning of the Latin Church in front of the tradition of the Christians she welcomes. 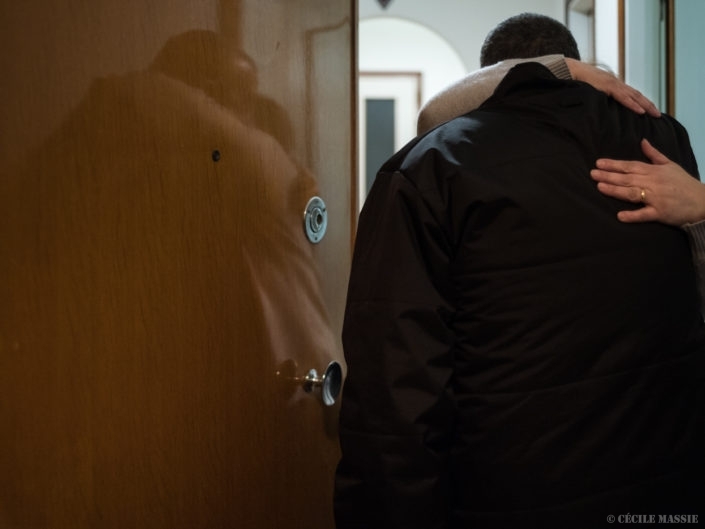 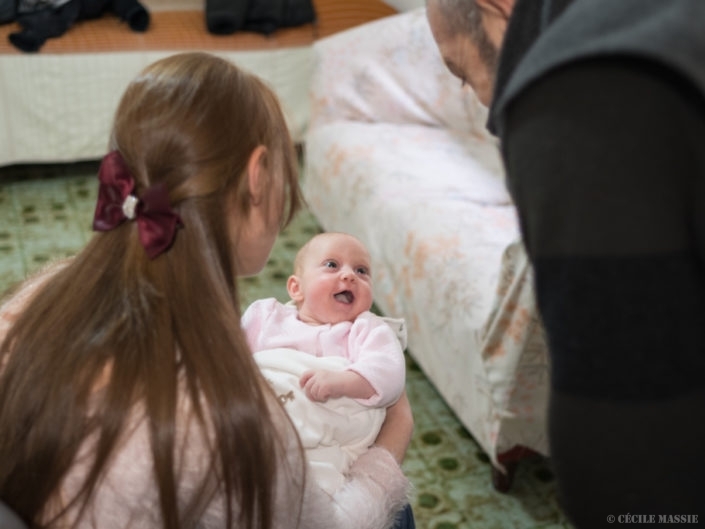 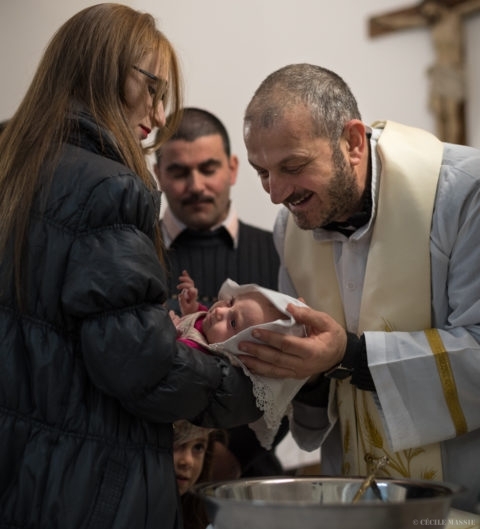 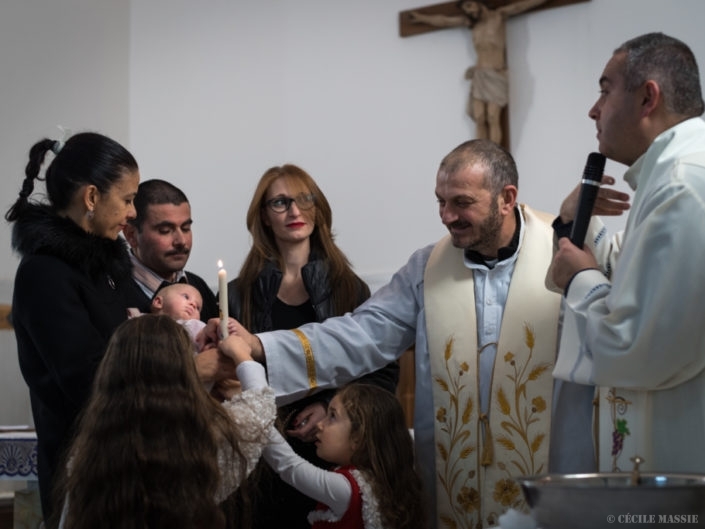 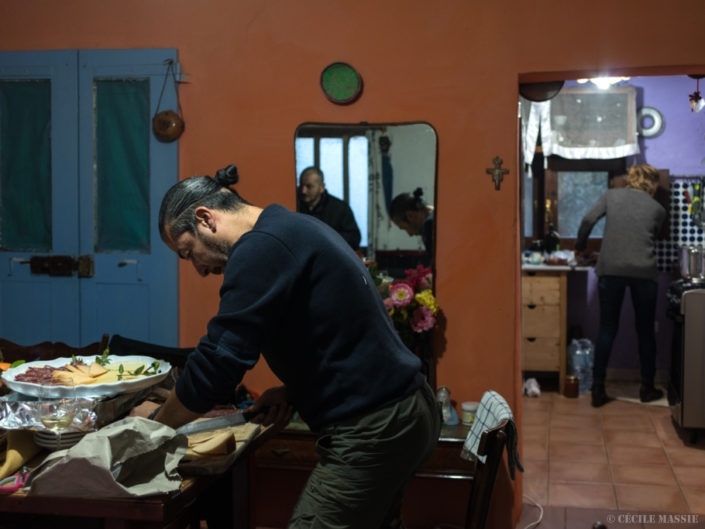 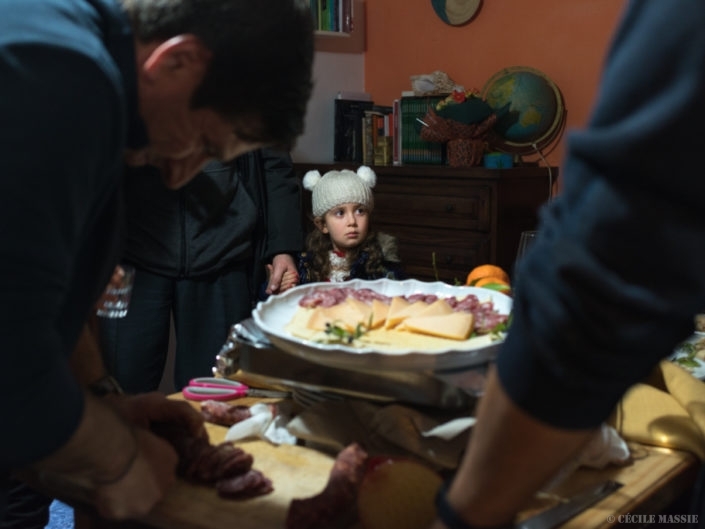 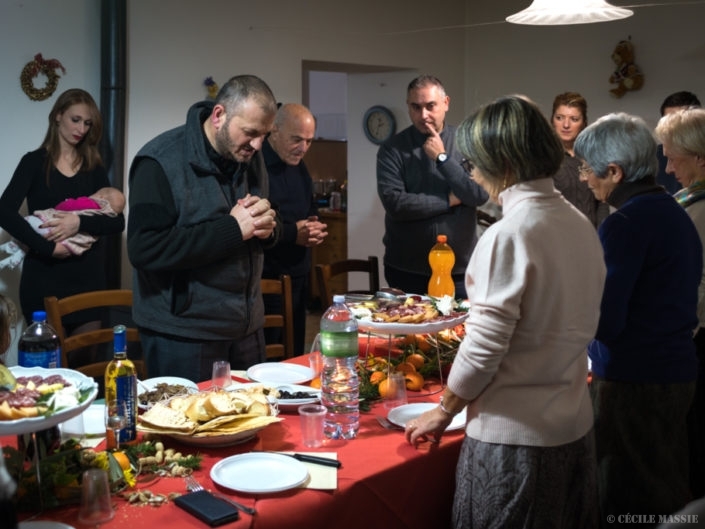 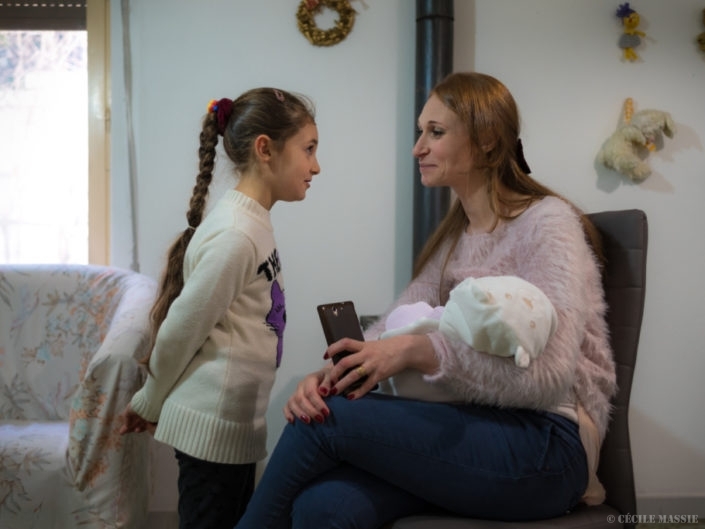 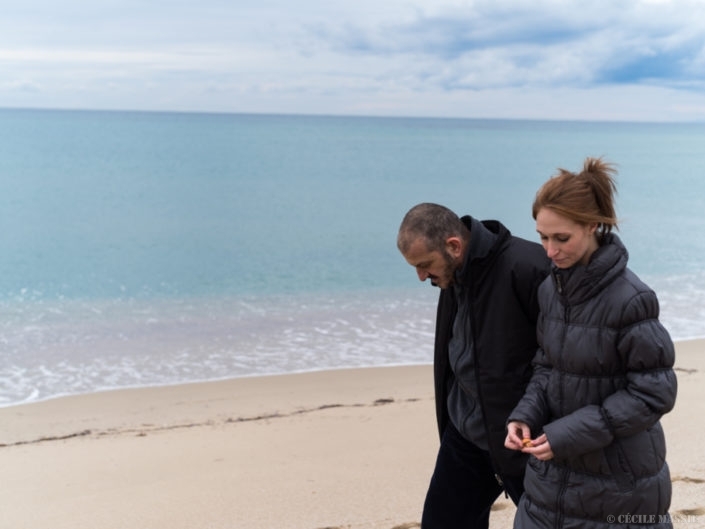 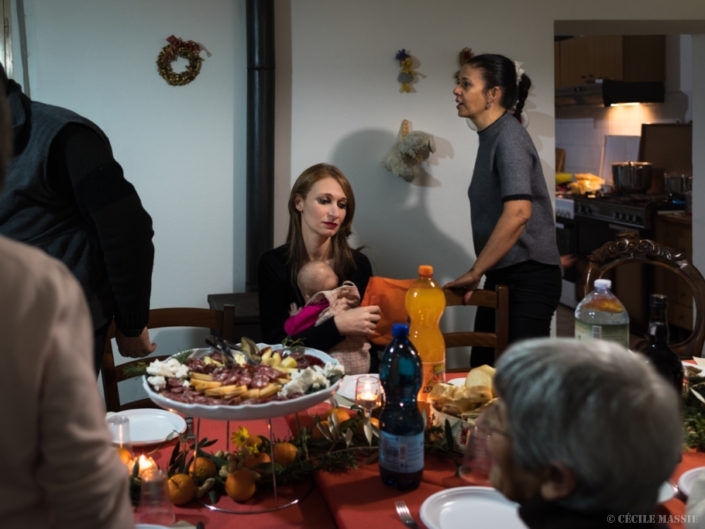 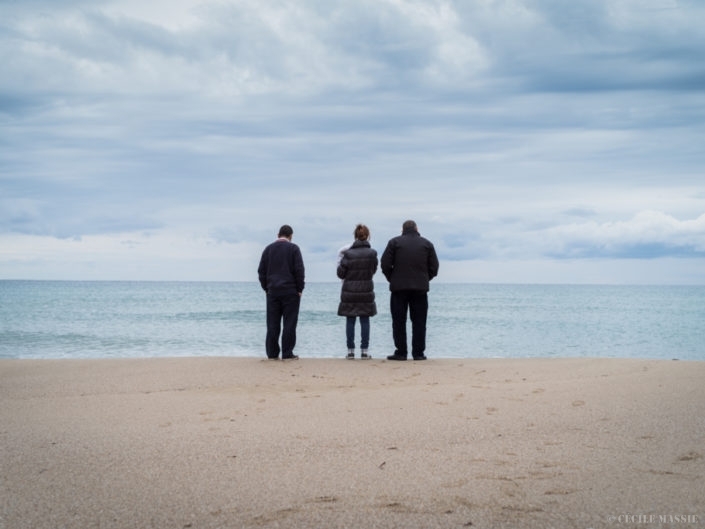 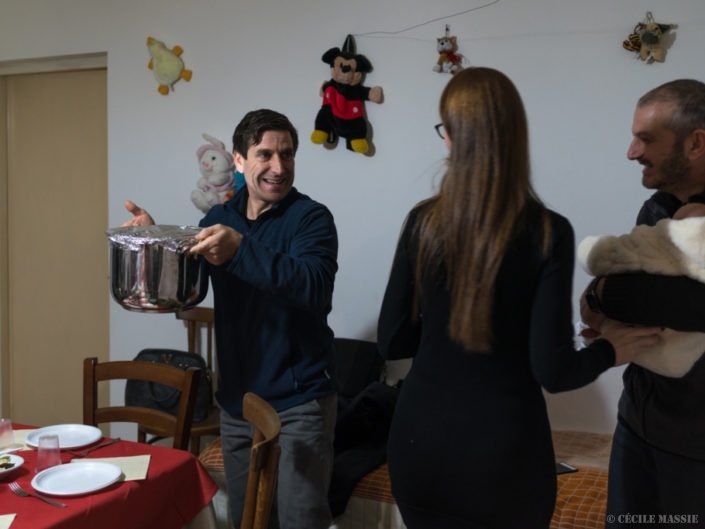 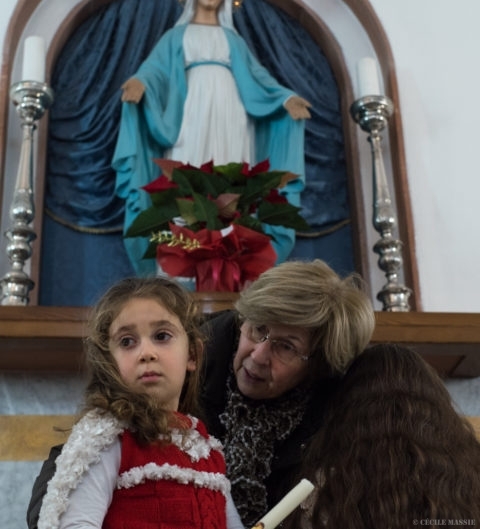 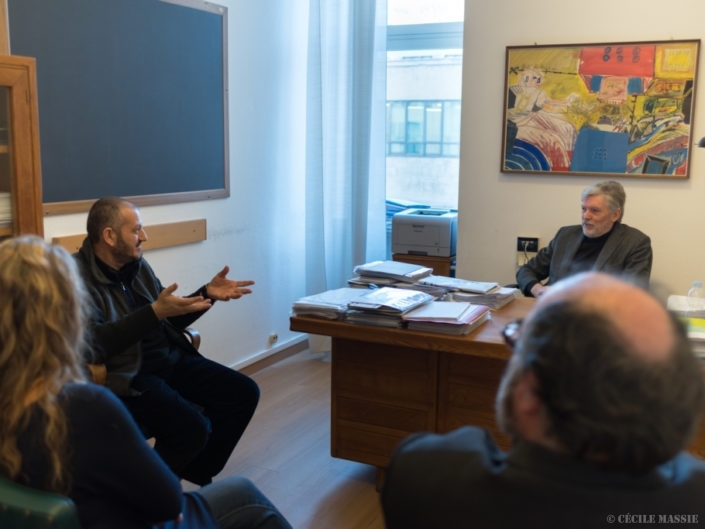 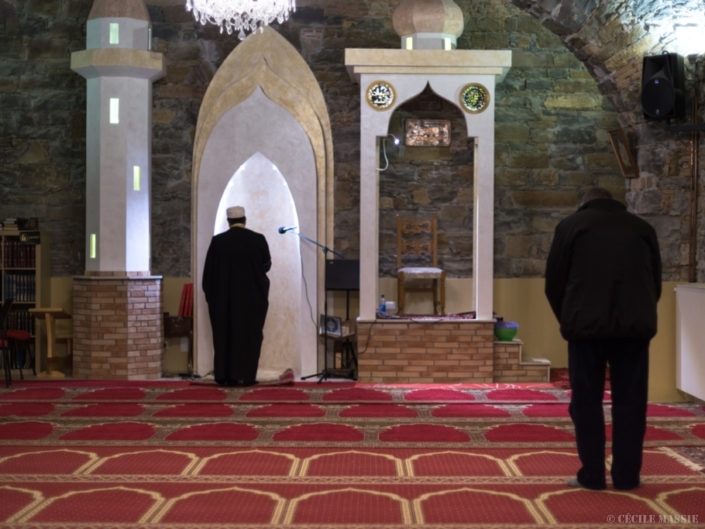 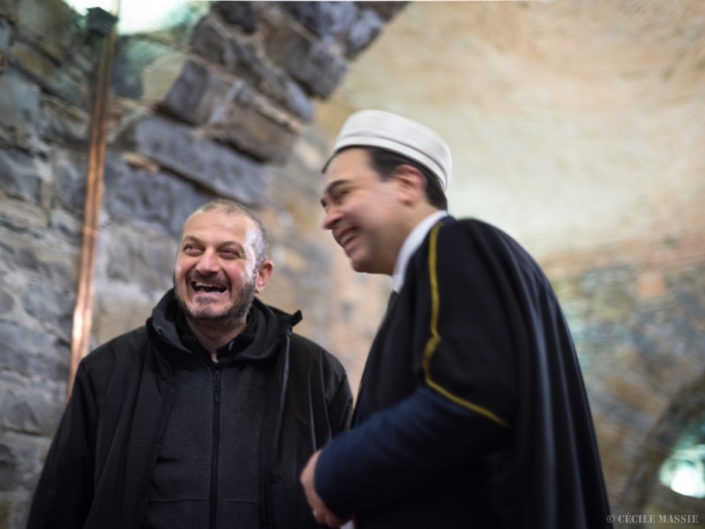 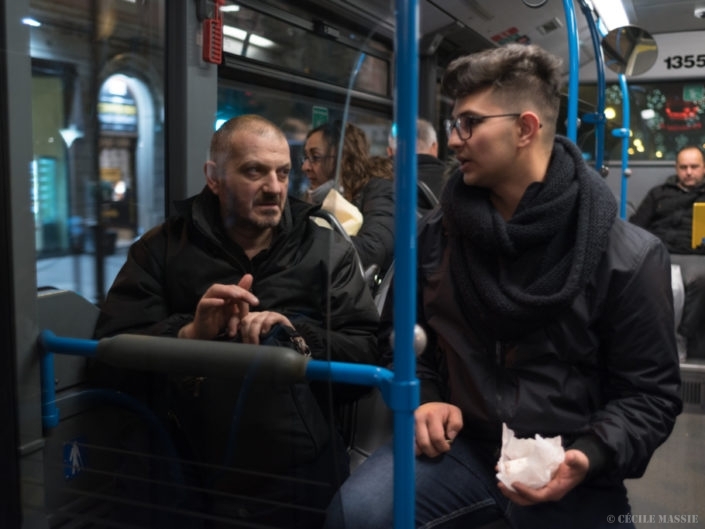 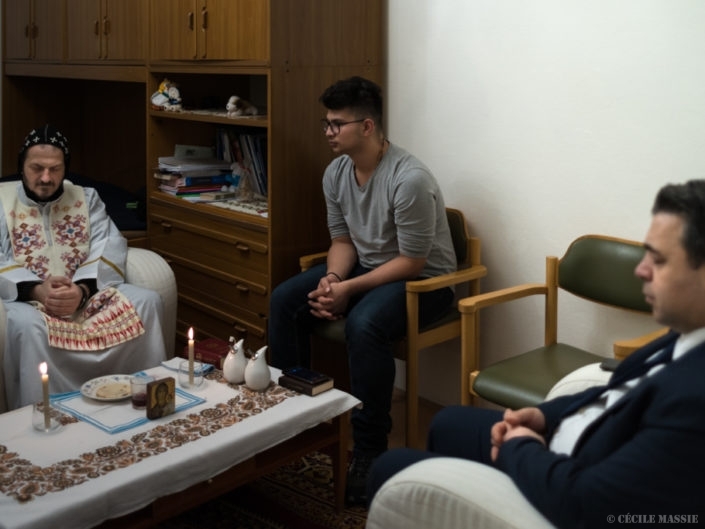 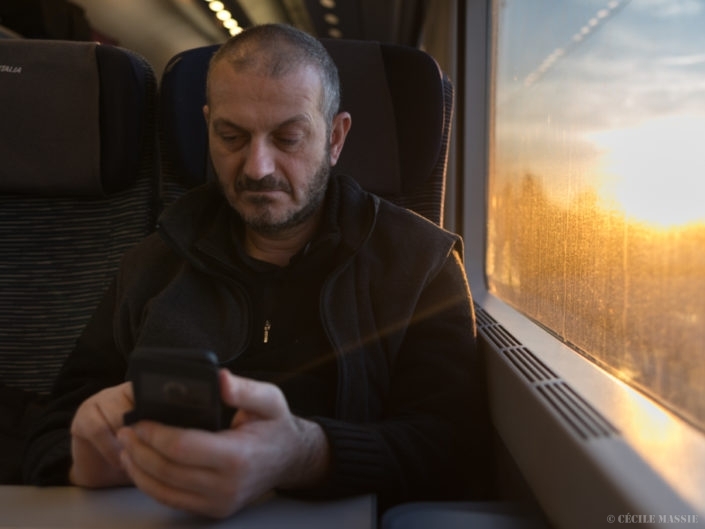